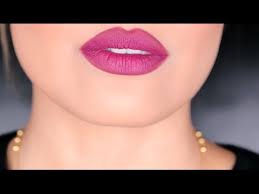 In 2012, she collaborated with the clothing brand PacSun, along with her sister Kendall, and created a line of clothing, “Kendall & Kylie”. In 2015, Jenner launched her own cosmetics line called Kylie Cosmetics, and a mobile app that reached number 1 on the iTunes App Store.

In 2014 and 2015, Time magazine listed the Jenner sisters on their list of “The Most Influential Teens of 2014” for their considerable influence among teens on social media. As of 2017, with over 95 million followers, she is one of the top 10 most followed people on Instagram. In 2017, Jenner was placed on the Forbes Celebrity 100 list, making her the youngest person to be featured on the list. On April 11, 2017, it was announced Jenner would star on her own spin-off series, Life of Kylie, which premiered on E! on August 6, 2017.

In May 2015, an episode of Keeping Up with the Kardashians premiered in which Jenner admitted to getting a lip augmentation. Her enhanced lips from lip fillers created speculation and gained her publicity. Prior to the episode’s debut, Jenner stated that she merely used lip liner and over lined her lips. As a result, the practice of suctioning one’s lips into a small glass in order to induce greater blood flow to swell the lips was called the “Kylie Jenner Challenge” (though there was no indication that Jenner herself employed this method). Jenner responded to this by stating, “I’m not here to try & encourage people/young girls to look like me or to think this is the way they should look.”

Kylie Reveals Her Lip Secret: The teen told The New York Times in September 2015 that Dr. Simon Ourian in Beverly Hills was the doctor responsible for her lip fillers.

“I still do Juvéderm for my lips. I go to Dr. Ourian in Beverly Hills. He’s the best, and he’s super natural about it,” she said. “I was going to somebody before, and it was just looking crazy.”

“I would recommend that anyone who gets it done go for a filler that lasts only two to four months,” she added. “It’s annoying to keep going back, but you have the option of stopping it.”