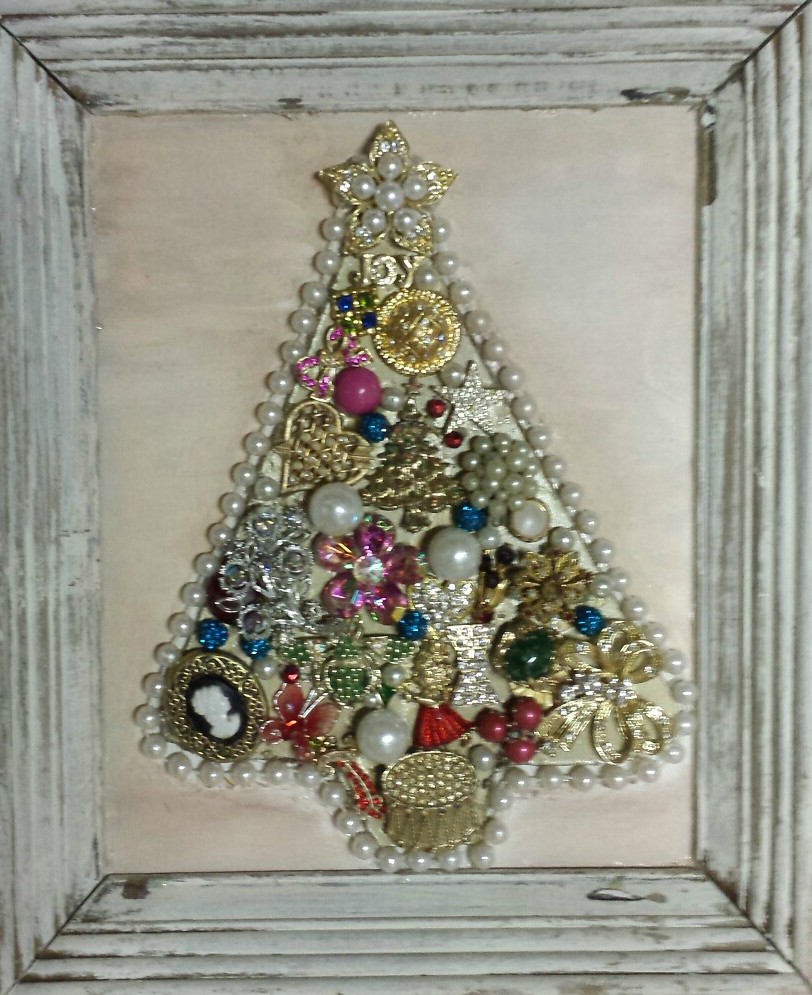 Creating a jewelry tree is a great way to display old family jewelry or found vintage jewelry pieces that would otherwise just be sitting in a jewelry box were no one can see them.  You can complete this easy DIY craft in an afternoon.

But the real golden era for the costume jewelry began in the middle of the 20th century. The new middle class wanted beautiful, but affordable jewelry. The demand for jewelry of this type coincided with the machine-age and the industrial revolution. The revolution made the production of carefully executed replicas of admired heirloom pieces possible.

As the class structure in America changed, so did measures of real wealth. Women in all social stations, even the working-class woman, could own a small piece of costume jewelry. The average town and country woman could acquire and wear a considerable amount of this mass-produced jewelry that was both affordable and stylish.

Costume jewelry was also made popular by various designers in the mid-20th century. Some of the most remembered names in costume jewelry include both the high and low priced brands: Crown Trifari, Dior, Chanel, Miriam Haskell, Monet, Napier, Corocraft, Coventry, and Kim Craftsmen.

A significant factor in the popularization of costume jewelry was the Hollywood movie. The leading female stars of the 1940s and 1950s often wore and then endorsed the pieces produced by a range of designers. If you admired a necklace worn by Bette Davis in The Private Lives of Elizabeth and Essex, you could buy a copy from Joseff of Hollywood, who made the original. Stars such as Vivien Leigh, Elizabeth Taylor, and Jane Russell appeared in adverts for the pieces and the availability of the collections in shops such as Woolworth made it possible for ordinary women to own and wear such jewelry.

Coco Chanel greatly popularized the use of faux jewelry in her years as a fashion designer, bringing costume jewelry to life with gold and faux pearls. Kenneth Jay Lane has since the 1960s been known for creating unique pieces for Jackie Onassis, Elizabeth Taylor, Diana Vreeland, and Audrey Hepburn. He is probably best known for his three-strand faux pearl necklace worn by Barbara Bush to her husband’s inaugural ball.

In many instances, high-end fashion jewelry has achieved a “collectible” status, and increases in value over time. Today, there is a substantial secondary market for vintage fashion jewelry. The main collecting market is for ‘signed pieces’, that is pieces which have the maker’s mark, usually stamped on the reverse. Among the most sought after are Miriam Haskell, Coro, Butler and Wilson, Crown Trifari, and Sphinx. However, there is also demand for good quality ‘unsigned’ pieces, especially if they are of an unusual design.