Welcome to Moms Treasure Chest filled with creative fun ideas for moms including easy recipes, DIY projects, family fun, crafts, household hints, party planning, shopping, gifts & more…Join the fun!  Moms Treasure Chest is reader-supported and is a participant in the Amazon Services LLC Associates Program, an affiliate advertising program designed to provide a means for sites to earn advertising fees by advertising and linking to Amazon.com. When you buy through links on our site, we may earn an affiliate commission at no added cost to you. Spread the love
Making Cinnamon Ornaments is a fun holiday activity for kids of all ages.  They make great decorations for your tree and smell so wonderful! 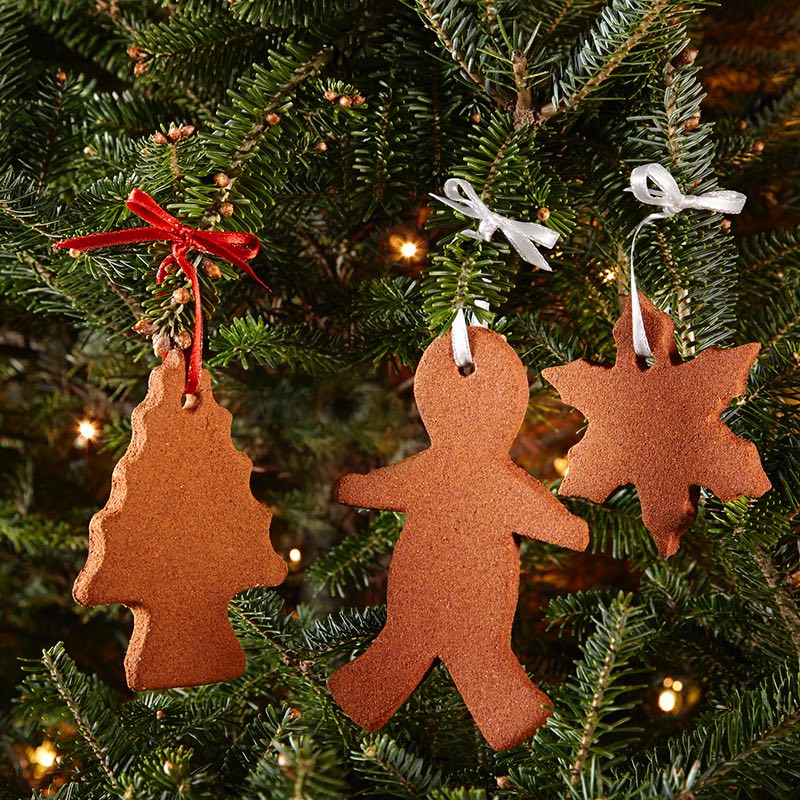 Follow safe food handling practices when you are baking and cooking with flour and other raw ingredients:

Do not taste or eat any raw dough or batter, whether for cookies, tortillas, pizza, biscuits, pancakes, or crafts made with raw flour, such as homemade play dough or holiday ornaments or Cinnamon Ornaments .

Do not let children play with or eat raw dough, including dough for crafts.

Bake or cook raw dough and batter, such as cookie dough and cake mix, before eating.

Follow the recipe or package directions for cooking or baking at the proper temperature and for the specified time.

Do not make milkshakes with products that contain raw flour, such as cake mix.

Do not use raw, homemade cookie dough in ice cream.

Keep raw foods such as flour or eggs separate from ready-to eat-foods. Because flour is a powder, it can spread easily.

Follow label directions to refrigerate products containing raw dough or eggs until they are cooked.

Clean up thoroughly after handling flour, eggs, or raw dough:

Wash your hands with running water and soap after handling flour, raw eggs, or any surfaces that they have touched.